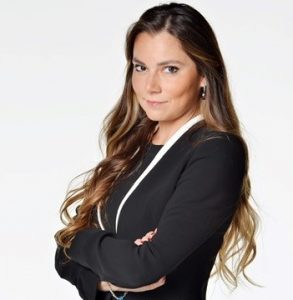 Gizem Öztok Altınsaç is regarded as one of the well-known market-savvy economists in Türkiye. She started her professional career as an Economist in Garanti Securities (Garanti Bank-BBVA) in 2004. Following her 13 years in Garanti Securities as Chief Economist, she carried her career as a Research Director in Actus Asset Management under Global Investment Holdings, between the years 2017-2020. She is currently Chief Economist in TUSIAD and also founder of GOA Consultancy, an advisory company in the field of banking sector and financial markets. Since 2011, she perfoms as a professional commentator on BloombergHT twice a week in the programs “First Word” and “Global Markets”. Also being an adjunct professor in graduate and undergraduate programs at Ozyeğin University, and Sabanci University, she is lecturing in the fields; Behavioral Finance, Macroeconomic Forecasting and the Demistifying Turkish Macroeconomic Data. Before starting her 17 years of professional life, she received her MA degree in Economics from Marmara University in 2001. She continued her education for a BS degree in Economics in Bilkent University and completed her graduate education in Economics in Marmara University.