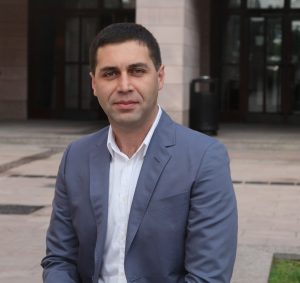 Prof. Özgür Barış Akan is the Vice President for Research and Development (VPRD) at Koç University.

Prof. Akan is the author of more than 250 scientific papers (h-index=58) that have received more than 14,000 citations so far, and has graduated 13 PhD and 22 MS students and currently supervises 9 PhD and 2 MS students. In addition, Prof. Akan is the Principal Investigator of an ERC Consolidator Grant at Koç University. He has brought more than €6M project support to Koç University. He is also holder of ‘AXA Chair’, a unique recognition that was acquired through an extremely competitive application and election process, that comes together with a €1M grant and that is the first and only externally funded Chair at this level in Türkiye and in the region. Besides many other awards, Prof. Akan is the recipient of 2020 TUBITAK Science Award.