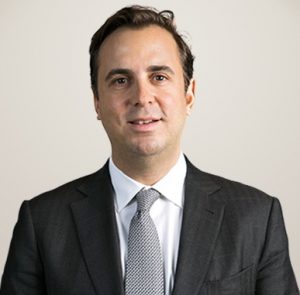 Murat Özyeğin is the Executive Board Member of FINA and FIBA Holding, Chairman of all of Fiba Group’s non-financial businesses. He is also the Vice Chairman of Credit Europe Bank Group which is Fiba Group’s largest subsidiary in finance.

Mr. Özyeğin began his career in 1998 at Bear Stearns & Co. Inc., in New York City as a Financial Analyst within the Mergers & Acquisition Group. In 2000, he was appointed to Senior Analyst position at the London office of the same company. After his return to Türkiye in 2003, he established the Strategy and Business Development Departments of Finansbank and FIBA Holding.

He is the Chairman of DEİK/Türkiye-Netherlands Business Council; Executive Board Member of Hüsnü M. Özyeğin Foundation, Turkish Industry and Business Association (TÜSİAD), Endeavor Türkiye, Member of the Board of Trustees of Ozyegin University and World Wildlife Fund, Member of Global Relations Forum and Member of Global Advisory Council of Harvard University. Mr. Özyeğin is also the Honorary Consul – General of the Republic of Singapore.

Mr. Özyeğin holds a BS in Industrial Management and Economics from Carnegie Mellon University and an MBA from Harvard Business School.